“Unless an employee has a job as a mattress tester or a similar occupation, sleeping on duty is neglect of duty.”
~ Alvins, Employee’s Misconduct (1968), p70

An employment contract can be lawfully terminated in 2 ways – with notice or without notice. Either termination of employment may be found to be an unfair dismissal.

An employer must give an employee notice that they are being dismissed. The period of notice must be the higher of the notice period stated in the employment contract or as required under the Fair Work Act 2009.

If you are covered by the Fair Work System, there is a safety net of minimum conditions of employment in the Fair Work Act called the National Employment Standards in which the notice period required are as follows:

An employee over 45 years old who has worked for the employer for at least 2 years has to get an extra week of notice.

The Fair Work Act protects an employee from unfair dismissal provided that certain circumstances apply, and the dismissal was harsh, unjust or unfair.

To make a claim for unfair dismissal, the employee must have been continuously employed by the employer for at least 12 months (if the employer has less than 15 employees) or 6 months for an employer with 15 or more employees. Also, the employee’s income must not exceed the high income threshold (presently $145,400 at April 2019) or, be covered by a modern award or an enterprise agreement.

Within 21 Days of the Dismissal Taking Effect

In Scott Yeoman v the Trustee for Fuelcraft Unit Trust T/A Liquip Victoria, Commissioner Gregory allowed an extension of time for an application lodged one day after the 21 day time period, after Australia Post failed to deliver the applicant’s Express Post envelope within the terms of the guaranteed next day service delivery.

If an employee has a right to make a claim against their employer for unfair dismissal the Commission must then consider whether it is satisfied the dismissal was harsh, unjust or unreasonable under to the Fair Work Act.

An employer must have a valid reason for dismissing an employer, but that reason does not need to be the reason given to the employee at the time of the dismissal. The employer’s reason/s should be ‘sound, defensible and well founded’ not ‘capricious, fanciful, spiteful or prejudiced’.

In Smith v Heritage Motels and Restaurants [2016] FWC 4843 the employer told Mr Smith that he was not needed as the garden could take care of itself. Mr Smith’s case was that there was always something to do in the garden; his duties exceeded gardening; those duties still needed to be performed and that he had been sacked because he was due to have cataract surgery two weeks later, had told his employer some months beforehand that he wanted to take leave to cover his surgery and recovery time. He stated that he believed the reason for his dismissal was that his employer did not want to have to pay him his leave entitlement while he was recovering.

The Commission found that the employer did not have a valid reason for dismissing Mr Smith. It did not believe that the reasons the employer gave for sacking Mr Smith related to Mr Smith’s job or his capacity to do his job or Mr Smith’s conduct at work.

KLD Legal provides advice on all aspects of the employment relationship including whether the basis for terminating an employee’s employment is procedurally and substantively fair at law. 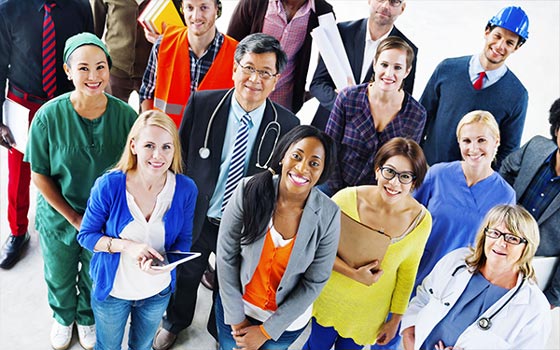